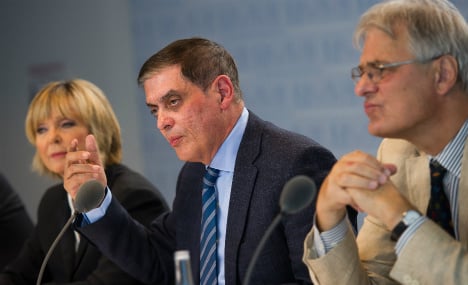 The study found that 22 percent of respondents were for their deportation.

The head of the Federal Anti-discrimination Agency, which conducted the survey, is calling for politicians to act against discrimination of the Roma and Sinti populations in Germany.

"People don't know anything about the Sinti and Roma. Their image is dominated by what people see on the streets," Christine Lüders said on Wednesday on her appearance on ZDF's morning news show, Morgenmagazin.

"The federal government has the responsibility to integrate this minority."

Her appearance came ahead of the Wednesday release of the organization's report called "Popular attitudes toward Sinti and Roma". It found that antiziganism is rapant across the country.

One third of respondents said they would be most uncomfortable with Sinti and Roma neighbours than any other ethnic group, followed by asylum seekers and Muslims. It found that most Germans saw Sinti and Roma as a nomadic group or beggars.

It also found that less than four percent of respondents found Sinti and Roma very likable.

In a statement filed in response to the reports, the Central Council of Sinti and Roma in Germany expressed great concern to the results.

"The study shows there is a rejection of Sinti and Roma people as well as deep-seated prejudices," said Romani Rose, the group's chairman.

The Council pledged to renew its calls to the federal government to put in place an expert panel that would help create legislation that would work in favour of Sinti and Roma and to rid their population of the "gypsy" title.

"I simply say 'gypsy', even when its apparently wrong to do so," another admitted.

It says that the Rostock Pogrom, where xenophobic riots in 1992 saw stones and petrol bombs thrown at an apartment block where asylum seekers were living by right-wing extremists were still fresh in Sinti and Roma memory. The nationwide coverage of "Maria", the child living with Roma in Greece though to be stolen because she was blonde, showed the deep roots of the negative ideas people have of Romi people.

"Indifference, ignoreance and denial are the fatal mixture that lay the groundwork for discrimination against the Sinti and Roma people," Lüders said.

Less than half of those who answered the survey said they had had contact with Sinti and Roma populations.

The study was the first of its kind and surveyed 2001 people across Germany.