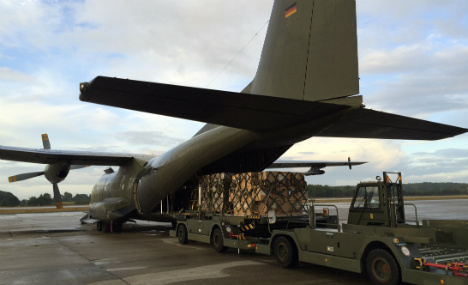 All filled up and nowhere to go. Photo: DPA

There is still tension between Berlin and Ankara after it was revealed at the weekend that the German secret service (BND) had been spying on the NATO ally Turkey for years.

The three Transall C-160Ds that were grounded in Schleswig-Holstein are due to carry 20-tonnes of food on board. They were scheduled to leave Wednesday morning.

Last Saturday, the first planes landed in Erbil, delivering 36 tonnes of food and sanitation equipment for tens of thousands of refugees pushed out of their homes into the Kurdistan region by the Islamic militant group IS.