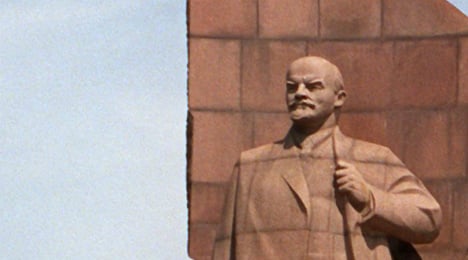 Gysi told the daily Tagesspiegel that through the Soviet victory of the Second World War started by Germany, the legacies are shared.

"Therefore one cannot simply bury Lenin [in history]. He must be shown and grappled with," he told the paper. He planned on discussing the matter with Berlin mayor Klaus Wowereit.

Lenin's head, carved from red Ukrainian granite, was to be the focus of the exhibition entitled "Unveiled: Berlin and its monuments". It is scheduled to open in Spring 2015 at the Spandau Citadelle in West Berlin.

The 19-metre tall statue of the first Soviet head of government once stood at Lenin Platz, which is now Berlin's Plaza of the United Nations. It was dismantled in 1992 following the collapse of the Soviet Union and its 129 pieces were buried in the Köpenick Forest on the capital's southeast fringes.

The city has maintained that it would not sponsor the excavation due to "technical and financial reasons, as well as in consideration to the preservation of the memorial."

Andrea Theissen, the organiser of the exhibition, hopes that Gysi's call to action will force the hand of the government in locating and uncovering the head.