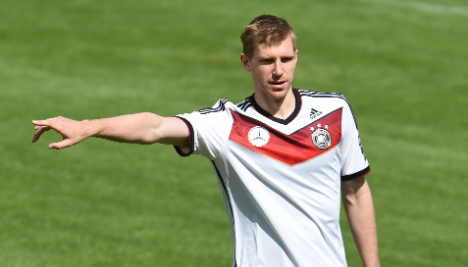 The 29-year-old, who won 104 caps, said his dream now is also to help the Gunners clinch the Premier League title after joining Philipp Lahm and Miroslav Klose in quitting the international scene.

"I wanted to be the one who decided when to close this chapter in my career," Mertesacker told Suddeutsche Zeitung in an interview to be published Saturday.

"The World Cup (where Germany beat Argentina 1-0 in the final) was a golden conclusion to the best eight weeks of our lives."

He added: "Now I want to win the Premier League with Arsenal and also try and win the Champions League."