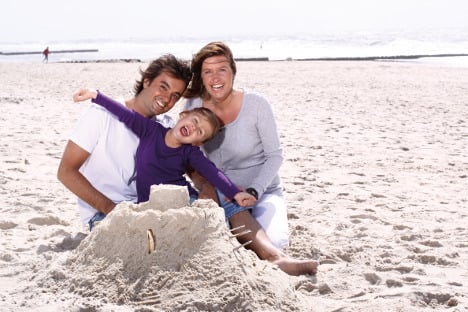 Do you have permit for that sandcastle? Photo: DPA

Around the Baltic Sea, many Germans enjoy their holiday but most are unaware of the somewhat peculiar regulations.

Some beaches on the island of Fehmarn and on all the beaches in Sylt, sandcastles are banned. In Sierksdorf and Neustadt sandcastles are allowed as long as they don't exceed four metres in diameter.

That's generous compared to Kellenhusen and Großenbrode shores where the fun ends at three metres. A ruler may be useful at these beaches as all have a 50 cm height restriction. One lifeguard told the Kieler Nachrichten that " there is a risk of tripping, and from a certain height it can be dangerous".

It may seem silly, but there are serious safety concerns. Life guards point out that the beach is sometimes a route for ambulances.

Two years ago, a 10-year-old German boy died after a deep hole he had dug collapsed on him on the coastal beaches of Amrum.

At least Germany is not yet matching some of Italy's beach rules where kissing in a car or feeding the pigeons can incur a €500 fine.