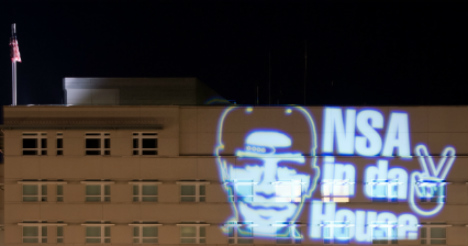 A light installation on the facade of the US embassy in Berlin. File photo: DPA

Contacted by AFP, the German foreign ministry did not refute the report, originally published in Der Spiegel, which said that a note has been sent to embassies asking them for "lists of names of all active agents".

The move came about a month after Germany ordered the Berlin CIA station chief to leave the country in an unprecedented show of anger after uncovering two cases of suspected US spying, hot on the heels of mass surveillance by the National Security Agency (NSA).

The Spiegel report said the circular to embassies was sparked by Berlin's frustration over Washington's repeated denials that its agents were operating in Germany.