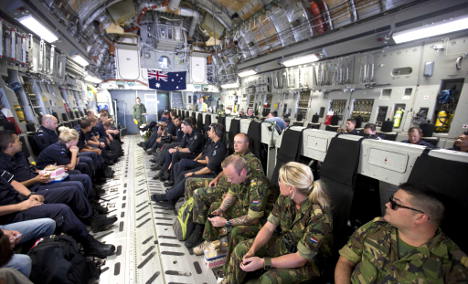 Only two bodies had so far been identified so far in the course of the investigation.

The 21 new victims included one German, 16 Dutch, two Malaysians, a Canadian and a Briton, the Dutch justice ministry said in a statement.

Dutch Prime Minister Mark Rutte said on Wednesday that the search for body parts at the crash site was being suspended due to escalating clashes between Ukrainian forces and pro-Russian separatists.

The Malaysia Airlines 777 exploded over Ukraine on July 17, killing all 298 on board, 193 of them Dutch, with the West accusing Russia-backed separatists of shooting it down.

Over 220 coffins have been flown back to the Netherlands, which has been tasked with identifying the bodies.