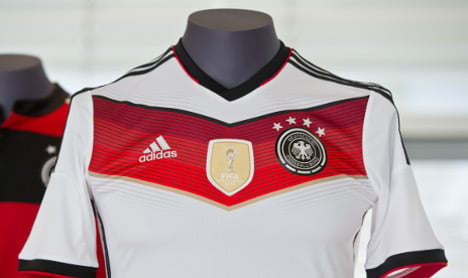 Supermarket chain Real and the German Football Association (DFB) went to court in Munich after the DFB complained about Real using the eagle logo on t-shirts and mats.

The DFB won an injunction against Real using the logo after arguing the German eagle was their registered trademark.

But the dispute is not yet over.

The grocery giant has applied to Germany’s Patent Office to remove the trademark protection around the multimillion-euro eagle brand.

Real argues the eagle resembles the German national eagle and national emblems or symbols can not be protected. It says the trademark office made an error when it granted the DFB the protection.

The case is expected to last several months. “We are at the very beginning,” DFB lawyer Holder Weimann said.

The decision from the Munich District Court on Thursday was only one step in the legal process.