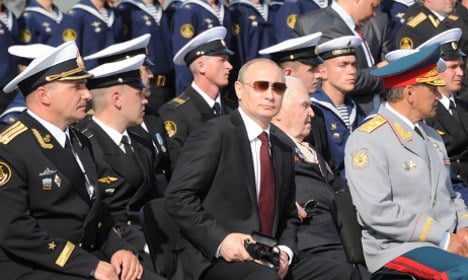 On Monday, Economy Minister Sigmar Gabriel announced he had withdrawn authorization for the building of a military training camp in the Volga region of Russia which could train up to 30,000 soldiers a year.

The deal with German arms group Rheinmetall, reportedly worth around €123 million, was first put on hold in March and then scrapped on Monday.

"It is not about money, it is a question of human lives," Gabriel told reporters.

Russia previously called the decision to halt the arms deal "unconstructive," accusing Berlin of acting under pressure from the United States.

A defence ministry official in Moscow was quoted by state news agency Itar-Tass as saying "if the Germans break the contract, legal proceedings would follow".

A spokesman for Rheinmetall said they were in talks with the German government, but had not come to an agreement with them over damages. Although they added €100 million was an “appropriate figure”.

Rheinmetall, which operates a similar centre for the German military, had said in March that the company would fulfil its contractual obligations to build the centre.

The camp was scheduled to open later this year.