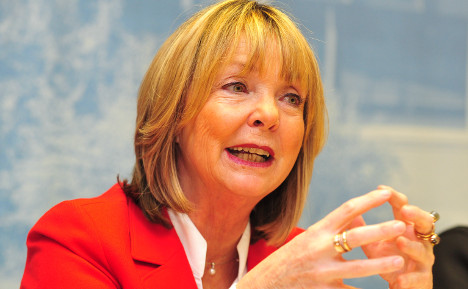 Mithat Gedik was crowned champion marksman in his town in North Rhine-Westphalia in July, but this week he found himself in danger of losing his title because the accolade is reserved for Christians.

The Historic German Shooting Federation (BHDS) said on Monday that Gedik, 33, should hand his title back.

But ADS head Christine Lüders addressed a letter to the head of the (BHDS) on Tuesday to warn him against such “intolerant and discriminatory” conduct.

“The goal of the shooting club is… to 'balance social and confessional tensions in the spirit of true brotherhood',” she wrote. “What could be more suited to the club's purpose than a Muslim shooting king?”

“Mithat Gedik must remain the shooting king and he shouldn't be the last, but the first of many more Muslim shooting kings in your federation,” she concluded. ADS spokesman Sebastian Bickerich said on Tuesday that while the federation had not yet done anything wrong, the authority felt it was time to step into the debate.

“Tomorrow there should be a board meeting of the federation where they should make a decision about this. We thought it was time to write to them as this is an attitude that's very hostile to integration,” he told The Local. “We've chosen to express ourselves politically”.

Gedik, 33, was born to Turkish parents and grew up in Werl, North Rhine-Westphalia.

On July 18th he was crowned Schützenkönig (shooting king), a traditional German title, in a contest at his local rifle club, which is a member of the BHDS.

But the BHDS want to strip Gedik of his title and expel him from the club because its rules state that it is an "association of Christian people".

"It is completely incomprehensible to me that we are having such a debate in the 21st Century," Gedik said.

SEE ALSO: Muslim shooting king could be stripped of title