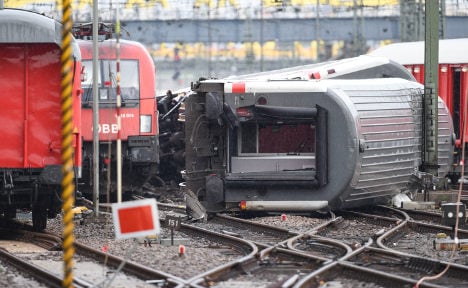 The accident happened around 9pm and led to the derailment of five carriages of the passenger train, which was taking some 250 people between Graz in Austria and the German city of Saarbrücken near the French border.

Deutsche Bahn said 14 of the 35 people injured had been hospitalized, including four in serious condition.

Earlier in the evening the rail company said that the evacuation of the train had been completed but that Mannheim station remained closed.

The goods train involved in the crash belonged to the ERS Railways group and was travelling to Hungary.