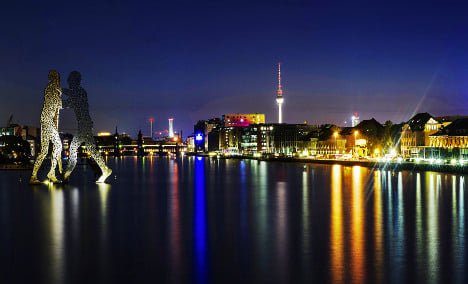 People renting out their apartments to tourists had until Thursday to register with Berlin’s Senate who will then decide whether to grant permission for the rental or not.

Yet around two thirds remained unregistered and were from Friday being run illegally, the Morgenpost newspaper said.

A last minute rush saw hundreds register their flats over the past week to avoid possible legal consequences and an immediate ban if caught.

Many are thought to be relying on Senate staffing shortages which may render the new law unenforceable, the paper said.

The new rules are part of a strategy to address what politicians say is a housing crisis facing the German capital.

Between 10,000 and 12,000 flats are vacant and let out to tourists, most of them in the central districts, while a housing shortage for people living in the city has seen rents increase.

The boom in rental apartments means people such as estate agent Marcus Buthmann can let out nine tourist apartments in the popular north-eastern district of Prenzlauer Berg,  without owning any of them himself.

He told the Tagesspiegel paper he rents the flats himself from a landlord and markets them to tourists for short term vacations.

"We registered the flats," he told the paper, but had had to get official permission from the owner to do so. Those letting their apartments who voluntarily came forward by Thursday were given a temporary grace period until April 2016 to apply for permission to rent their flat.

Registering with the district authorities did not guarantee a permanent permit, it only extended the deadline to apply for longer term permission until 2016.

It is believed the majority of applications to run a tourist flat long term will be turned down, said the Morgenpost.

Despite being in the news, many people who rent their apartments on sites such as Airbnb are unaware of the new registration rules.

One woman who used to rent out a room in her apartment on the website told The Local: “I knew I had to pay taxes on the income but I didn’t know about any obligation to register.”

A report last year found that the average Berlin host earned almost €2,000 a year through Airbnb.

Those who are now renting their apartment to tourists should apply for permission from the city authorities.