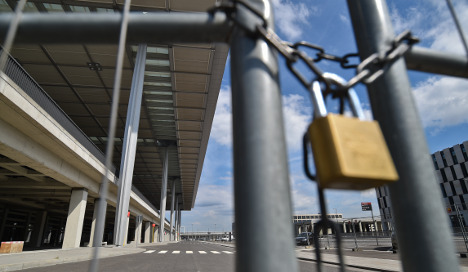 But safety watchdog, the Association for Technical Inspection (TÜV), stopped the plans after finding that parts of the required lightning rods were missing, B.Z. newspaper reported on Friday.

The inspectors also criticized the emergency generator for the building's sprinkler system for being too small. "The diesel generator the airport acquired would have been enough for a circus tent but not for the dimensions of the north pier," B.Z. quoted an insider as saying.

Airport CEO Hartmut Mehdorn wanted to complete construction of the north pier to show that the building process was heading in the right direction, after massive delays and cost overruns.

But Mehdorn's plans to process passengers in the north pier were first stalled by construction delays and then abandoned earlier this year by the airport's supervisory board.

In another setback, the airport operator confirmed on Friday that its search for a new planning company has ended in failure. A Europe-wide call for bids for the €32.6 million contract was withdrawn, German media reported on Friday, after no offers were made.

A spokesman said the airport would seek new offers. The airport has been without a planning company since May 2012.

No new opening date has been set for the airport which was meant to start operating in 2012 and is billions of euros over budget.

SEE ALSO: Is this the man to save Berlin airport?