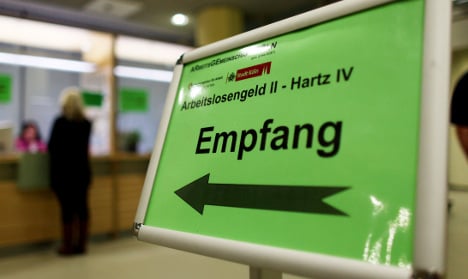 Photo: DPA
The number of those seeking work rose by 39,000 in July – a 0.1 percent increase on June.
That brings the total number of jobless workers in Germany to 2,871,000, which is 43,000 less than the same time last year.
"Unemployment has risen for seasonal reasons," chairman of the Employment Agency Frank-J Weise said.
According to the Agency, the seasonal drop is largely due to firms putting off new hires until the new season.
"An increase is common in July due to the onset of the summer break," the agency said.
SEE ALSO: Foreigners less likely to get jobs than Germans