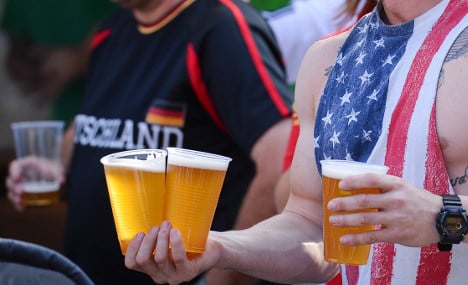 Beer sales abroad and during the World Cup were behind the rise. Photo: DPA

The Federal Statistics Office said on Thursday this rise was largely thanks to the World Cup, with the increase in sales mainly falling in June.

In the month the international football tournament began, sales increased by 14 percent to 9.7 million hectolitres – that was the best performance since 2010 – the year of the last World Cup.

Just over 80 percent of beer sold by German breweries was for domestic consumption. Domestic sales increased by 3.1 percent to almost 40 million hectolitres.

Exports soared by almost 11 percent with a 22 percent rise in sales to countries outside the EU.

The rise reverses a slow decline in German beer sales. In 2013, they sunk to their lowest level for almost 25 years. It was the seventh straight year of decline.