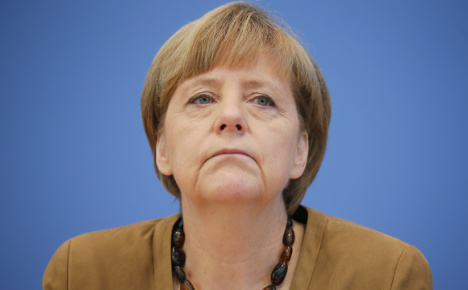 The far-reaching sanctions include an EU arms embargo on Russia and Russian state-owned banks restricted to access to European capital markets.

High-tech goods for oil production and drilling can also no longer be exported to the country.

“We have repeatedly emphasized that the illegal annexation of the Crimea and the continued destabilization of eastern Ukraine are not acceptable,” Merkel said in a statement.

“Therefore, today's decision was inevitable. It is now up to the Russian leadership to decide whether it wants to take the path of de-escalation and cooperation. The EU's sanctions can be reviewed, but additional steps are also possible."

Germany had initially been reluctant to impose sanctions on Russia which would affect some of its €76-billion annual trade with the country. Merkel kept dialogue open with Russia and has met Putin twice since the annexation of Crimea.

But after the shooting down of Malaysia Airlines flight MH17, allegedly by pro-Russian separatists in eastern Ukraine, the German government appears to have had little choice.

The US also imposed new sanctions on Russia and Putin's regime on Tuesday. Together with the measures from the EU, they are designed to hurt Russia's military, energy and finance sectors.

The EU will announce full details of the new sanctions, along with further names of Russians facing asset freezes and travel bans later on Wednesday.

SEE ALSO: 'Only losers in economic war with Russia'