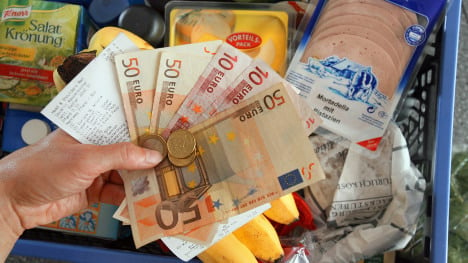 German incomes are higher thanks to the EU. Photo: DPA

Germans' average income in 2012 was €680 higher thanks to the European Union's single market, a study by the Bertelsmann Foundation think-tank found.

Germany, of all the EU countries, had taken the most advantage of the increased economic integration with other European nations since the single market was launched in January 1993, closely followed by Denmark.

The single market guarantees free movement of goods, persons and services, as well as of capital and payment transactions across national borders.

The figure for Denmark was two percent, although their per capita income gain over the same period is €500, slightly higher than Germany's.

The study found that economic integration increased in almost all of the 15 states that joined the European single market in the 1990s, resulting in income gains in every national economy.

Only Luxembourg was not assessed because of "major data gaps".

Greece was the only country with a mixed picture of the benefits brought by the EU, the study said.

Taken alone, Greeks' annual incomes rose by an average of just €70 each year over the 20-year period.

Yet in real terms, incomes were found to have fallen by €190 in this time due to the nation's dramatic economic crisis.

It is not the first confirmation of Europe's benefits for the German economy this year.

Eric Schweitzer, the head of the Association of German Chambers of Commerce and Industry (DIHK), said in April that the EU's eastward expansion had been a "historical godsend" that had "created or secured" one million German jobs.