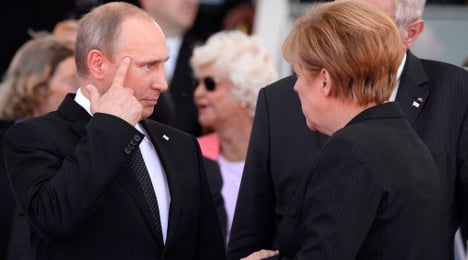 The leaders of the United States, Germany, France, Britain and Italy agreed to the measures in a phone call on Monday, stating they wanted to "impose further costs" on Russia.

Russian banks will have a harder time accessing European capital markets and arms exports for military use will be banned, EU diplomats said on Tuesday.

There will also be a ban on exporting high-tech energy products to Russia, something which is likely to hit Germany the hardest out of all the EU's 28 member states.

“There was agreement on the importance of coordinated sanctions against Russia due to the continued supply of arms and equipment, and due to the infiltration of militants in the eastern Ukraine,” Chancellor Angela Merkel’s office said in a statement.

Germany had previously been reluctant to impose sanctions on Russia which would harm its economic interests. Its trade with Russia was worth €76.5 billion in 2013.

The sanctions are aimed at forcing Russia to drop its support for separatist rebels in eastern Ukraine who are accused of shooting down Malaysia Airlines flight MH17.

The move comes after EU leaders on Monday agreed to a number of narrower sanctions targeted against Putin's allies, including entry bans.

New tougher sanctions against Russia are also expected from the US on Tuesday.

"So far we have not seen a strategic change of direction by Putin. That's why we believe it is absolutely necessary to take further measures," US deputy National Security Advisor Anthony Blinken said on Monday in Washington.

The EU ambassadors are meeting on Tuesday in Brussels where details of the sanctions are expected to be finalized.