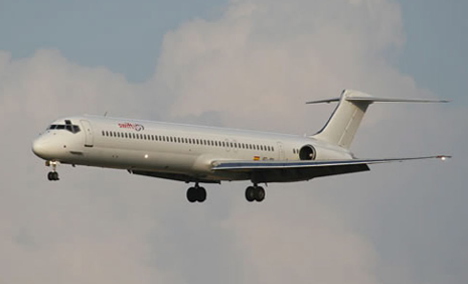 The plane came down in the early hours of Thursday morning shortly after losing contact with airline officials.

This is the latest information from Air Algérie on the nationalities of the passengers aboard:

Six Algerians, 51 French, 24 from Burkina Faso, one Malian, one Belgian, two from Luxembourg, five Canadians, one Cameroonian, four Germans, one Nigerian, eight Lebanese, one Egyptian, one Ukrainian, one Swiss and six Spanish crew.

A spokesman for the German Foreign Office told The Local the country's embassy in Burkina Faso was working "intensively" to establish whether German nationals had been affected.

The Swiftair MD-83 disappeared from air controllers’ radar screens about 50 minutes after take-off from Ouagadougou, the capital of Burkina Faso.

That was at around 1.55am GMT and there has been no contact with the crew since, the airline said.

The chartered  flight lost contact over the town of Gao in north-eastern Mali. UN officials have suggested the plane may have come down in heavy storms.

France and Niger have sent jets to search the area for evidence of the crash.

Mali experienced a military coup in 2012 and separatist militants are involved in continuing unrest in the area.