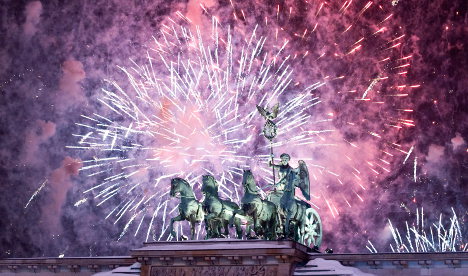 The German capital recorded an extra two million overnight stays last year, making it the fastest growing tourism city among the top ten in Europe, although it is still behind London and Paris in terms of numbers.

London remained the most popular destination of the 115 cities in the study, with visitor stays increasing by 3.3 percent in 2013.

Burkhard Kieker, head of visitBerlin, said: “Berlin has retained its attractiveness as a city of freedom, tolerance and as a place of authentic history, combined with being a magnet for creative minds from the whole world.

“It’s the only world city which doesn’t cost the earth. The mixture of this is the recipe for the success of our city.”

The capital’s top tourist attractions remained the Reichstag parliament building and Brandenburg Gate, visited by 34 million people since 1999, along with the television tower on Alexanderplatz and Gendarmenmarkt.

Tourism, measured by the number of overnight stays, has grown by 43 percent in Berlin since 2009 – the strongest growth of any city in the top ten of the rankings.

This growth has mainly come from international visitors. In 2013, 43 percent of all visitors to Berlin came from abroad. The number of foreign visitors itself has increased by 55 percent in the last five years.

The majority of foreign tourists come from Spain, the United Kingdom, USA, China and Russia.

Berlin’s tourism boom is being replicated in cities across Germany.

Overnight stays in Munich grew by 4.3 percent last year, while visitor stays in the first three months of 2014 in Hamburg were up 3.7 percent.

Cologne netted an increase of almost eight percent in the first quarter of 2014, whereas in Frankfurt numbers were up 4.7 percent in 2013.

SEE ALSO: German Bucket List: Ten things to do before you leave