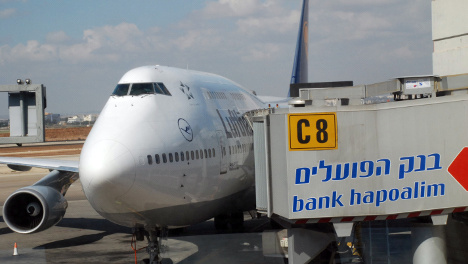 The German carrier said it was taking the step "for the security of passengers and crew" amid the "unstable situation" at Israel's Ben Gurion International Airport.

It currently operates up to ten daily flights to Tel Aviv from Berlin, Frankfurt, Munich, Vienna and Zurich.
Affected passengers could choose to either be reimbursed or could exchange their tickets, it said.
Lufthansa said the ban on flights would be in place for initially three days.
It becomes the latest major airline to stop service to Israel over security fears, following Air France, and US carriers Delta, US Airways and United Airlines.
Germany's second biggest airline, Air Berlin, has also suspended flights to Tel Aviv for until Thursday, as fighting continues between Israeli forces and Hamas in the Gaza Strip.
The decision was taken after a rocket fired from Gaza struck close to Tel Aviv airport.
SEE ALSO: Seven German family members killed in Gaza