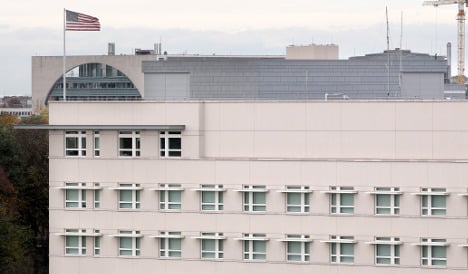 A spokesman for the German Foreign Office said on Tuesday they understood the CIA station chief would leave soon as ordered to, but added they still had no official word on whether he had gone or not.

The request to leave was made by the German government on Thursday following the unmasking of two alleged US agents working in the German intelligence service and the defence ministry.

“We expect he will leave promptly,” a foreign office spokesman told The Local.

“We still have the possibility [of a formal expulsion]," he added. "But we don’t expect to have to use it."

If a formal expulsion was made by the German government, the intelligence officer would have 72 hours to leave the country.

On Monday, a German government spokesman told reporters that they had no information on whether the spy station chief had left.

The US Embassy in Berlin said in a statement: “The United States understands the importance of this issue and as a matter of course respects the German government’s wishes regarding the accreditation and presence of US diplomats in Germany.”

Anger at US spying in Germany has surfaced again in the last two weeks with the uncovering of the alleged US agents, but it has been boiling since last October amid revelations the US National Security Agency (NSA) tapped Chancellor Angela Merkel's mobile phone.