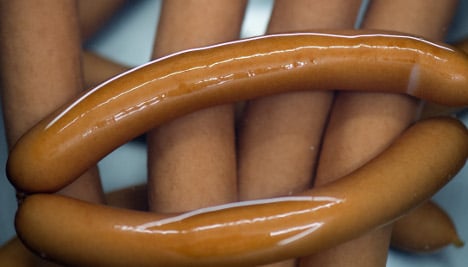 "Numerous statements and documentation prove that there was a 'fundamental understanding' to agree regularly on requests for price increases," the Federal Cartel Office said in a statement.

In all, 21 sausage makers and 33 company officials were fined, including the Herta group, a subsidiary of Swiss food giant Nestle, the statement said.

The cartel office said it would not provide detailed information about the individual fines for each party, but the size of the fines ranged from "a few hundred thousand euros to high digit millions."

The sausage makers have met regularly for decades in the so-called "Atlantic group", named after the Hamburg hotel where the first such meeting was held, the office said.

"In addition to this 'Atlantic group', a number of sausage makers colluded in jointly raising prices to the retail sector," the statement said.

The agreements were mostly reached via telephone calls. In its latest annual report, published last week, the cartel office said it expected to slap a record number of fines for anti-competitive practices this year.

And more than 10 breweries were fined more than €300 million at the beginning of the year for fixing beer prices between 2006 and 2008.