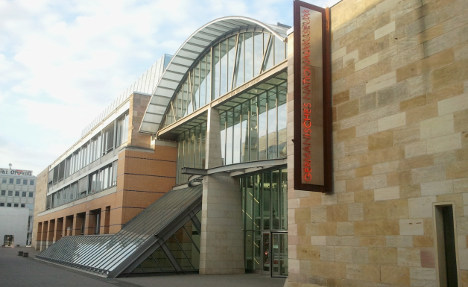 The entrance to the museum. Photo: KaterBegemot/Wikimedia Commons

Police in Nuremberg were alerted at 4.30am by the Germanisches Nationalmuseum in the city. A security guard said the museum’s alarms were going off and two people with torches had been stopped.

Officers sealed off the area surrounding the building with dogs and men. In the museum’s courtyard they arrested two men and recovered the painting undamaged.

Police said in a statement on Monday that the men, aged 22 and 23, were “under the influence of alcohol.” The case is now being investigated by detectives in Nuremberg, who said the men have admitted to theft.

It is unclear if the men had been out celebrating Germany’s World Cup victory.