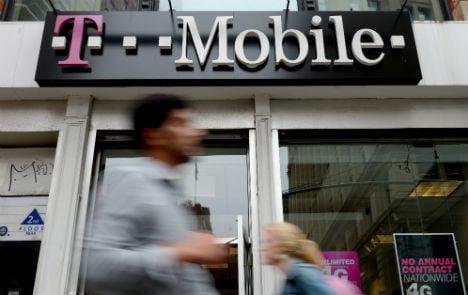 Eight financial institutions, including Japan's top three megabanks Mizuho, Mitsubishi UFJ and Sumitomo Mitsui, will provide a credit line of around four trillion yen ($39 billion) for SoftBank's purchase of T-Mobile through Sprint, according to the report.

The combined customer base of Sprint, ranked third among US mobile phone firms, and fourth-ranked T-Mobile roughly equals those of the sector's two leaders — top-ranked Verizon Wireless and AT&T, the daily said.

The US Federal Communications Commission will examine the proposed merger from a communications policy standpoint while the Department of Justice will
scrutinise it for antitrust issues.

SoftBank chief Masayoshi Son has been actively lobbying in Washington to win over regulators, who appear content to keep the market dominated by four players, the daily said.

Sprint, acquired by SoftBank for $21.6 billion in July last year, was the only one of the top four US carriers to log a net decrease in subscribers over the January-March quarter.

Having been less aggressive to invest in its wireless network, the company has not been able to shed the perception that its network is slow and has poor coverage, the Nikkei said.