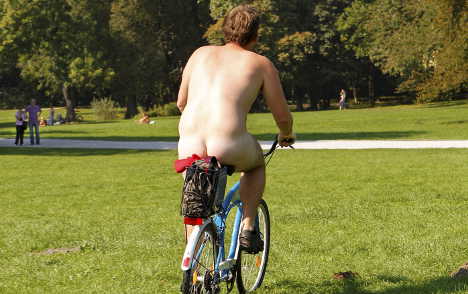 Decisions about bathing areas were formerly the domain of the Bavarian interior ministry. But since the autumn of 2013, local authorities in Munich have taken over the responsibility.

Previously, bathers were obliged to cover up in all but a few areas. By default, as soon as the mandate of the interior ministry which introduced those rules expired, FKK (Frei Körper Kultur), or nudist, bathing would have been allowed in all areas.

Munich was swift to react to the expiration of the state mandate over bathing regulations and announced six designated areas for nudist bathing on Wednesday.

One is in the English Garden, four are along the Isar, while another is close to the Haus der Kunst art gallery.

Some people are warning that other cities which have been slower to respond could face problems.

Conservative politcian Uwe Brandl (CSU) has predicted an increase in the number of conflicts with nudists in public bathing places, the Mittelbayerische newspaper reported on Wednesday.

He told Bayerischer Rundfunk radio that many local authorities had not yet become aware of the need for new regulation.

The FKK movement particularly flourished in Communist East Germany, where people valued nudity as a form of freedom of expression. Nudist communities are now found throughout the country.