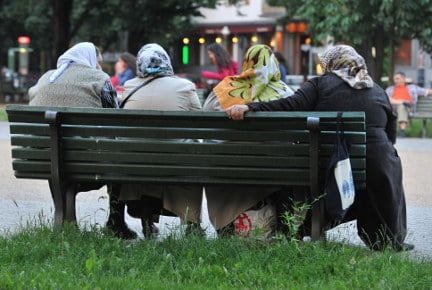 German skills are no longer demanded of Turkish spouses. Photo: DPA
Since 2007 Turkish men or women who wanted to join their spouses already living in Germany have been required to demonstrate basic German language proficiency to move to the country.
The court ruling is the result of a two-year legal battle by the wife of a Turkish businessman living in Germany to be allowed to join him.
In January 2012, the German embassy in Ankara refused again to grant the woman, Mrs Dogan, a visa for the purpose of joining her husband who had lived in Germany since 1998, on the grounds that her German was not good enough.
But on Thursday the EU court ruled that the German language requirement violates agreements Turkey made in the 1970s within the European Economic Community (EEC), the predecessor organization to the EU.
Under the EU-Turkey agreement no new restrictions were allowed to be put on freedom of movement.
The court agreed that the 2007 introduction of the language test sought to prevent forced marriages and to promote integration, but added the test would mean someone might be forced to choose between their work in an EU member state and their family.
The judgment read that the German language requirement was "contrary" to EU law. However, the ruling only affects Turkish people and not the German language test for immigrants.
SEE ALSO: Who's an expat and who's an immigrant? 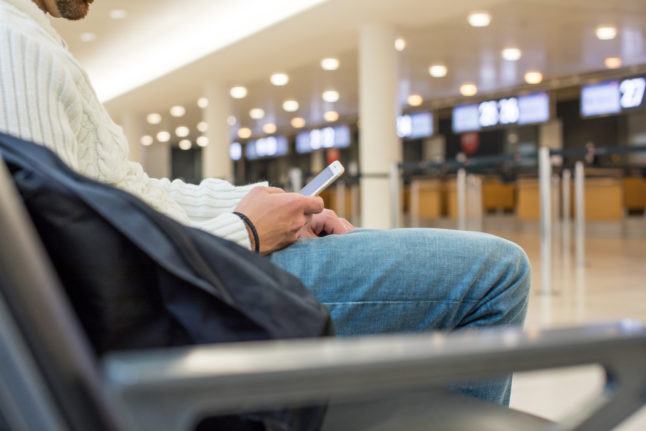 VISAS
What happens if you overstay your 90-day limit in Germany?

Most people who’ve come to Germany for short leisure trips should be aware of the so-called ’90-day rule’.

The applies to citizens of non-EU countries that have a visa waiver agreement with the European Union, including people from New Zealand, Australia, the United States, Canada, and – since Brexit – the United Kingdom.

It also applies to people travelling in Germany on a Schengen Visa for tourism or business purposes. Though visa durations can vary depending on personal circumstances, the most common type of Schengen Visa issued allows people to stay in the free-travel area for up to 90 days out of 180.

But while the rules may seem pretty clear-cut, it’s often not obvious what the consequences are for people who end up staying longer than they’re supposed to. Here’s a rundown of the current rules and how Germany applies them.

As we mentioned above, the 90-day rule dictates that people from certain non-EU countries can only stay in Schengen states for up to 90 days in every 180.

It applies to people visiting Germany for tourism, business or leisure activities from countries like the United States, Japan, Australia and Singapore, which have a visa waiver (i.e. visa-free travel) scheme in place. You can check if you’re eligible to enter Germany without a visa here.

The 90 days can be used all in one go or over the course of several different trips. However, the important thing to remember is that no more than 90 days should have been spent in Schengen within 180 days of first entering the travel zone.

As an example, if you enter Germany on the 1st of January and leave on June 30th, you can’t return until at least September. You should also note that moving to another Schengen country like France or Italy after your 90 days is up won’t cut it: the rule applies to time spent in the EU, so you will need to leave the Bloc entirely.

People from countries without a visa waiver scheme can generally apply for a 90-day Schengen Visa. This generally has similar conditions to the visa waiver programme for Austrians, Brits, etc., but you would need to apply for another visa in order to return after the 180 days is up.

If you plan to work or study in Germany or want to stay longer than 90 days, you’ll need to apply for visa. Nationals of certain countries, including the US and the UK, can apply for a visa while already in Germany, while others will have to apply for this before they travel.

You can find more details on moving to Germany from a third country in the following articles:

What consequences are there for overstayers?

If you spend more than 90 days in the EU or Schengen zone without a visa or residency permit then you are officially an overstayer. And unlike the pre-EU days when passport control consisted of a man in a booth with a rubber stamp, scanning of all passports on entry/exit of the EU makes it pretty easy to spot overstayers.

This is set to become even more stringent when the EES scheme comes into effect next year – full details on that HERE.

The EU lists a range of possible penalties although in practice some countries are stricter than others. 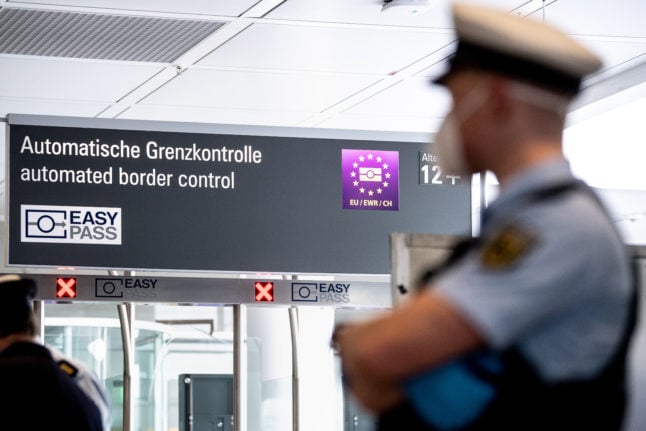 Within the system, anyone who overstays can be subject to the following penalties:

Deportation – if you are found to have overstayed, countries are within their rights to either imprison you and deport you, or give you a certain number of days to leave. In practice, deportation is rare for people who aren’t working or claiming benefits: they are more likely to be advised of the situation and told to leave as soon as possible.

Fines – fines can be levied in addition to other penalties and vary according to country. In Germany, they will depend on a range of circumstances, such as how long your overstay, whether the overstay is deemed intentional and if you have any previous convictions. For cases that are deemed to be ‘administrative offences’ – i.e. overstaying out of negligence – a fine of up to €3,000 is possible. In criminal cases, courts can set fines on a case-by-case basis. They could decide to issue a fine based on the number of days you’ve overstayed (for example, €40 per day) but are also likely to consider any other aggravating or mitigating factors.

Prison sentences – in extremely rare cases, people who overstay their visas in Germany can face up to a year in prison. However, this would generally involve aggravating factors like working for several months or committing another offence while in the country.

Entry ban – countries can impose a complete ban on re-entry, usually for three years although it can be longer. A complete ban is usually only put in place for people who have over-stayed for a significant amount of time.

Difficulties returning to the Schengen area – even if you avoid all of the above penalties, the overstay alert on your passport will make it more difficult for you to return to the EU, and this applies to any EU or Schengen zone country, not just the one you over-stayed in. People who have this alert on their passport are likely to face extended checks at the border and may even be turned back. You will also likely encounter difficulties if you later apply for a visa or residency.

People who simply stay in an EU country without securing residency become undocumented immigrants and will not be able to access healthcare or social security provisions. If caught, they face deportation.

How is Germany enforcing the rules?

Compared to some other EU countries, Germany has a reputation for having especially strict immigration rules. Though they may not spot your overstay immediately while you’re still in the country, it’s likely to be picked up when you leave. 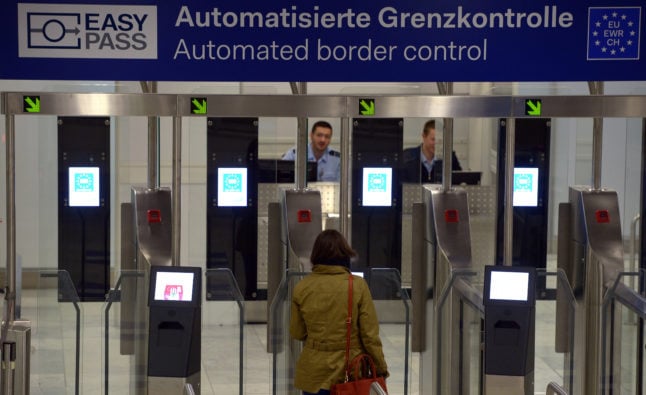 How can I avoid overstaying in Germany?

One of the best ways to avoid an accidental overstay in Germany is to have a firm grip on the rules. It’s worth remembering, for example, that the date you arrive counts as the first day of your stay, even if your flight lands just before midnight. The same goes for the date you leave: anytime after midnight counts as the next day, even if it’s in the early hours of the morning.

If you’re planning to make multiple short trips to Schengen in the 180 day period, you can use this handy calculator to work out how many more days you are allowed to stay.

Of course, unforeseen circumstances can occur, such as sudden illness or other problems affecting your ability to return home. In these circumstances, you should contact your nearest Foreigners’ Office (Ausländerbehörde) as soon as possible to see what options are available to you. In some cases, they may allow you to extend your time in Germany without treating it as an illegal overstay.