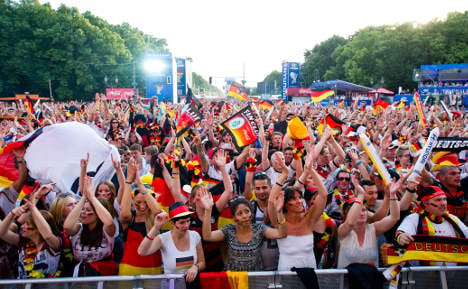 Frankfurt am Main is where the German football team traditional celebrates tournament victories, but the German Football Association (DFB) announced on Thursday that Berlin has supplanted Frankfurt as the venue, should Joachim Löw’s side become World Champions.

DFB President Wolfgang Niersbach said: “The fan mile [in Berlin] would be an ideal place to say thank you to the fans from all of Germany for their sensational support in case of a World Cup win, if only because there is enough room at the Brandenburg Gate."

National team manager Oliver Bierhoff added: "We are very grateful for the great support from our fans. We have decided, together with the fans, to celebrate only if we win the title and we are all determined for this scenario to come true."