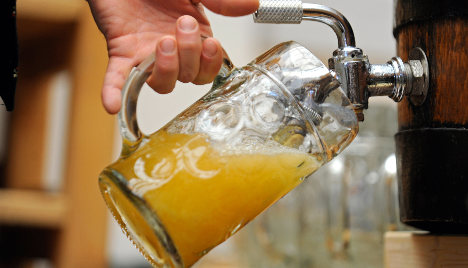 The accident happened in Erfurt city centre at 6pm, sparking an altercation involving drinkers on a stag-do who were pedalling a bicycle with an onboard bar.

Police said the men and women on the stag outing got into an argument with members of the girl’s family about the cause of the accident, leading to the brawl. Passers-by also got involved in the fight and police said several people suffered minor injuries.

The girl was seriously injured and taken to hospital.