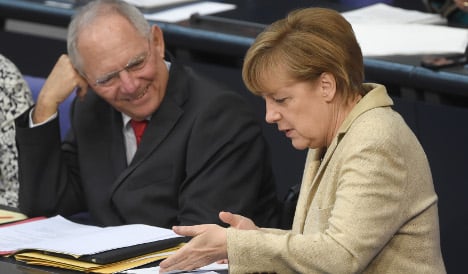 UK Prime Minister David Cameron only managed to find Hungary as an ally in his bid to stop Jean-Claude Juncker becoming Commission president on Friday, as his allies in Sweden, Germany and the Netherlands deserted him.

The move has made a British exit of the EU more likely, but in an interview with the UK's Financial Times on Sunday, Germany’s powerful finance minister and Chancellor Angela Merkel’s right-hand man, Wolfgang Schäuble, said Britain leaving the 28-country bloc was “unimaginable”.

Schäuble added that London was “by a great distance” one of the most important financial centres in the world.

Cameron needs German support to renegotiate Britain's relationship with the EU before a promised referendum on the UK's membership in 2017.