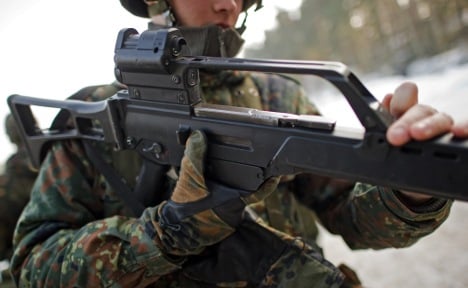 German troops in Afghanistan in recent years voiced concerns over the G36 automatic rifle made by Heckler & Koch, saying it became inaccurate when its barrel heated up in prolonged firefights.

The military initially blamed the use of unsuitable munitions, but the government auditing body the Bundesrechnungshof has now ordered a new investigation, reported the Bild am Sonntag newspaper.

"It is important to avoid that the defence ministry invests up to €34 million in a rifle that may not meet the requirements of the troops," the court was quoted as saying by the newspaper.

The new investigation into the accuracy of the rifle involves Germany's federal criminal police, ammunition makers and ballistics experts at a scientific institute, the report said.