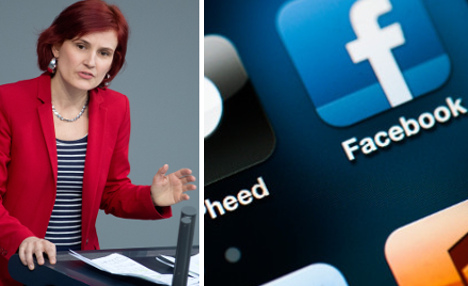 Germany's domestic intelligence service, the Federal Office for the Protection of the Constitution (BfV), said on Thursday it would increase monitoring of communications on social networks with a new unit which will “better evaluate” data collected online.

Under a law called G10, security services have powers to intercept and monitor communications if given approval by a judge.

While affecting social networks like Facebook, YouTube and Twitter, the BfV stressed it would only target terrorists and extremists and it would not lead to the mass collection of data or “untargeted measures”. The secret service added it would stay strictly within its legal framework.

But the Süddeutsche Zeitung reported earlier that the BfV’s chief Hans-Georg Maaßen wanted to develop a system which collected “large amounts of online data”.

Meanwhile, Germany's foreign intelligence service, the BND, also came under fire after media reported that it had relayed data to the US National Security Agency (NSA) for several years in the mid-2000s.

The then centre-left coalition government of Social Democrats and the Green Party had "offered up the BND as a data vacuum cleaner for the NSA," Katja Kipping, the head of the far-left party Die Linke, said in a statement on Friday.

Data relating to non-Germans was supplied to the US agency from 2004-2007,  the Süddeutsche Zeitung reported on Wednesday, citing sources close to the operation initiated under the government of chancellor Gerhard Schröder. The activity was halted because it was considered "politically far too sensitive".

Having at the time had a supervisory role over the function of the intelligence services, current foreign minister Frank-Walter Steinmeier had "many questions to answer" about the extent of the cooperation and his own involvement, Kipping said.

The reports reinforced suspicions that "the NSA had accomplices then and now in the German executive [branch of government]," she added.

Senior members of the Green Party also reacted with dismay to the alleged data supply to the NSA.

"I feel that I have been deceived and hoodwinked," said Hans-Christian Ströbele, the party's representative on the parliamentary committee that supervises the intelligence services.

The issue of monitoring communications is especially sensitive in Germany following revelations by US whistleblower Edward Snowden that the NSA tapped Chancellor Angela Merkel's mobile phone and was running a mass surveillance programme in the country.