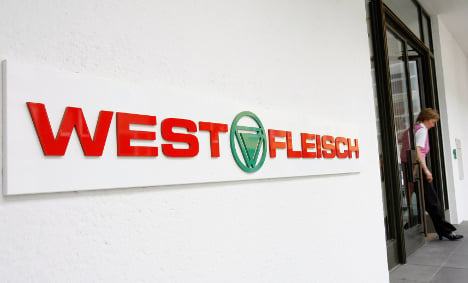 The accident happened at the Westfleisch meat factory. Photo: DPA

The 47-year-old man was at the end of his shift at Westfleisch meat factory in Paderborn, North Rhine-Westphalia, when he fell into the three-metre wide grinder which he was about to clean.

Emergency services were called at 9.10 pm and the recovery of the body took several hours.

Police said in a statement on Wednesday the cleaner fell into the machine for an “unknown reason”.

Investigators have confiscated the machine.