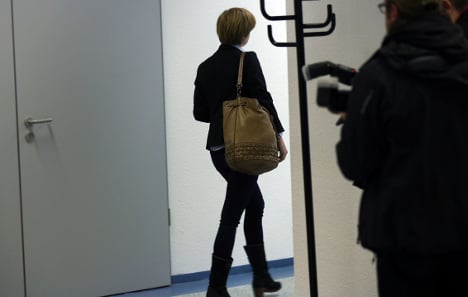 Cologne's labour court rejected a lawsuit against  Lufthansa's height requirements for pilots on Wednesday, but criticized the airline for discriminating against women.

Nineteen-year-old plaintiff Alina S., had sued Lufthansa after her application for its pilot training program was rejected.

Lufthansa argued that for security reasons, pilots must measure at least 165 cm. At 161.5 cm, (around 5ft 2") she was not tall enough, said the airline.

The plaintiff demanded €135,000 in damages and compensation.

The labour court rejected the woman's lawsuit because she had suffered no material harm, confirming an earlier decision by a lower court.

Judge Jochen Sievers was critical of the Lufthansa's defence and said the rules amounted to "indirect discrimination". Companies such as Swissair and KLM had lower height limits for their pilots, he pointed out.

"If other airlines don't see any danger for flight security, the question is why this should be the case for Lufthansa," Sievers said.

He added that almost 40 percent of women were "excluded" from flying for Lufthansa because they are on average smaller than men.

Lufthansa spokesman Michael Lamberty said it would be regrettable if qualified candidates were rejected based only on their height.

He indicated the airline may take the issue to unions as the rule was written in the airline's collective labour agreement.

The plaintiff may appeal the decision before the federal labour court in Erfurt.

A lawyer for the woman said she was now thinking about starting pilot training with Swissair.