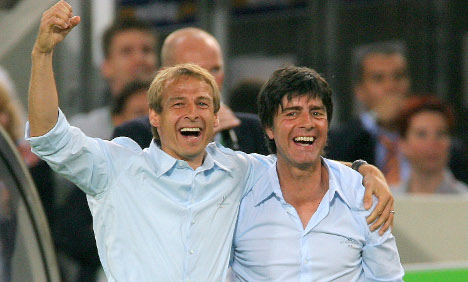 Klinsmann and Löw led Germany to the semi-finals of the 2006 World Cup. Photo: DPA

Klinsmann said it would be a "special moment" when he comes face-to-face with the team and their coach Joachim Löw, his good friend and former assistant when he was Germany boss.

And he said there would be "big hugs" before getting down to business in a game in which the United States, Group G's surprise package, need at least a draw to reach the knock-out phase.
"It's very special. It's something that doesn't happen every year and probably not any more in a lifetime. So you try to enjoy this moment," Klinsmann told reporters.
"There is no doubt it's a special moment because it's the team that you start building, the group of people that you start to gather round and they're all in place still," he added.
"So I will give them big hugs before the game and then leave it aside. We're going to get the job done and then we can have a farewell hug again."
As a player, Klinsmann lifted the 1990 World Cup and also helped Germany win Euro 1996, their last major title. He then coached them to the 2006 World Cup semi-finals before quitting shortly afterwards.
Now he said Germany, whose backroom staff are "pretty much the same as I left it", have the potential to go all the way at the World Cup in Brazil under Löw.
"I always say that that team is ready to take it all the way to the end of the tournament. They have enough potential to win this World Cup," he said.
"They have a point to prove as well so it obviously gives it a little bit more tension because both are not yet through into the knock-out stage.
"But always when a special moment comes up like this, I let it go then at a certain moment I want to enjoy it too. We are very hungry as you know, as you see. We're very ambitious.
"We did so much work and we were almost there already, apart from this little phase (against Portugal) we were there to be already qualified for the knock-out stage."
Germany are smarting after they had to scramble to a 2-2 draw with Ghana, while underdogs the USA conceded a late equalizer to end up with the same scoreline against Portugal.
A draw would suit both sides, raising fears of possible collusion in the vein of 1982's notorious match between West Germany and Austria, who secured a mutually beneficial result at Algeria's expense.
But Klinsmann said there was no doubt that both the USA and Germany would go all-out for the win in Recife on Thursday.
"We're going to play this game to win it. We're not made to go for a tie. It's just not in our DNA, and it's not even in the DNA of the German side," he said.
SEE ALSO: MPs plan pause for German-US match 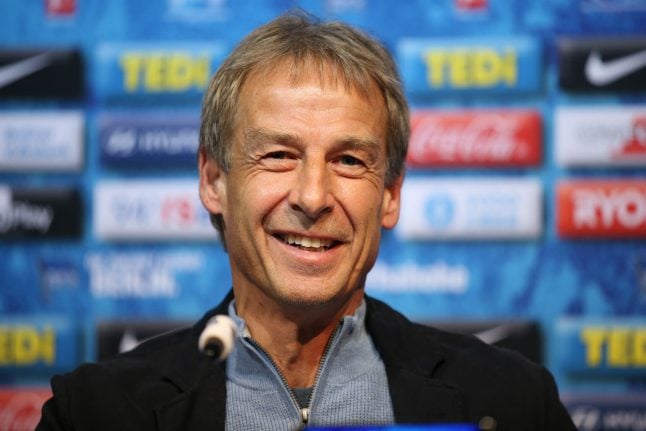 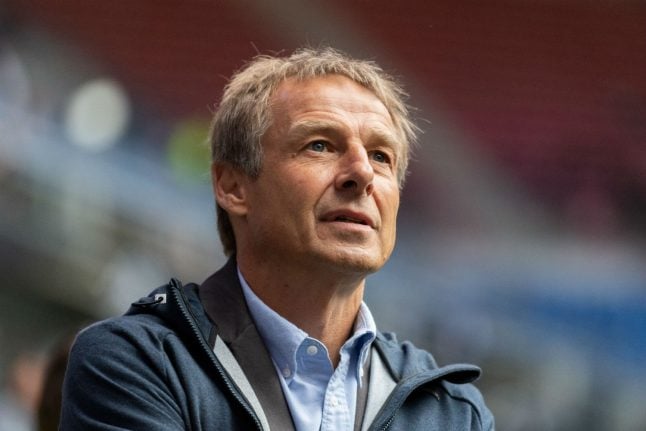