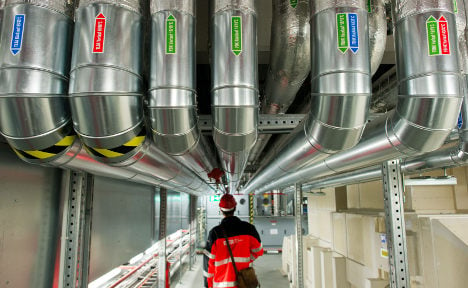 The smoke extraction system at the airport has caused major problems. Photo: DPA

The failure of the smoke extraction system at Berlin Brandenburg Airport (BER) led to the cancellation of its opening in 2012 and it still has not been fixed, meaning no opening date can be set on the desperately needed terminal.

Stern magazine reported one of the designers of the system, Alfredo di Mauro, who was fired in May this year, was not an engineer, despite claiming this on his business cards. He was only qualified as an engineering draftsman.

Di Mauro admitted to Spreeradio on Tuesday that he had not told anyone at the airport about his lack of engineering qualifications. “No one asked about my university qualifications; that wasn’t necessary for the work we carried out,” he said.

The ex-employee said his business cards had accidentally stated he was a qualified engineer. He worked for an engineering firm which meant the initials “Dipl.-Ing” appeared on his cards. “An error has occurred,” he said.

Stern also reported that complaints were made against di Mauro in 2002 while building an underground garage for a medical centre. Di Mauro allegedly presented himself as an architect at the time, an accusation he has denied.