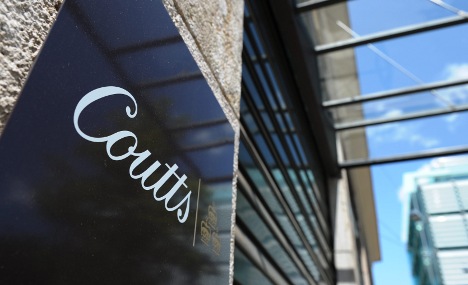 The over 1,000 cartons packed with 14,000 files seized from a ship in Hamburg harbour came from the Cayman Islands offices of Zurich-based Coutts bank, now part of the Royal Bank of Scotland, the Welt am Sonntag reported.

The papers included bank details of suspected German tax-evaders and were now being investigated by German prosecutors and tax authorities, said the report.

The shipment had come from Caribbean tax shelter the Cayman Islands, where the bank has recently closed its offices, and were shipped via Jamaica to the northern German port of Hamburg, with Geneva as the final destination.

The bank confirmed that the containers had been seized as they were en route to its data centre in Switzerland and said it was working closely with German authorities, according to the newspaper report.

The documents were being evaluated by authorities in the German state of North Rhine-Westphalia, which in 2012 obtained a CD of Coutts bank data as part of an investigation against wealthy German offshore tax dodgers.