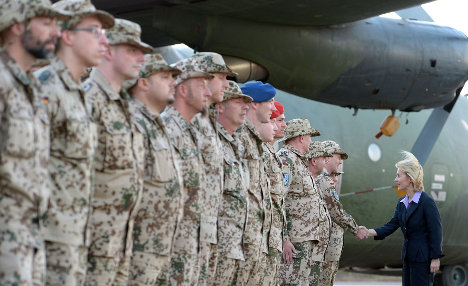 Von der Leyen was visiting the UN headquarters in New York as part of her American tour and subsequently said Germany should play a greater role in UN missions.

“We have key capacities and capabilities which other nations do not have,” she said after meeting deputy Secretary-General of the UN Jan Eliasson.

Germany’s defence chiefs would now “consider” how the military could get more involved, but no concrete missions were discussed in New York, the minister added.

SEE ALSO: Is Germany shying away from global role?