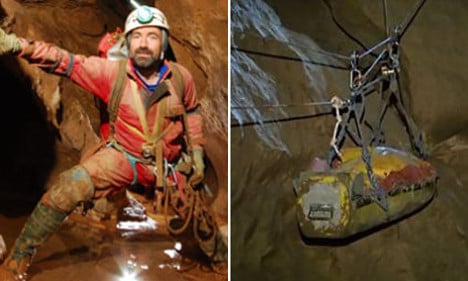 Westhauser is being transported on a stretcher strapped to pulleys. Photo: DPA/Bergwacht Bayern

On Tuesday morning, Stefan Schneider from Bavarian Mountain Rescue said the rescue team and an Italian doctor had already reached the second bivouac at 500 metres below ground with the 52-year-old.

“We now expect to bring him to the surface on Thursday or Friday,” said Schneider.

Johann Westhauser, 52, has lain 1,000 metres underground since being injured in a rock fall last Sunday in the Riesending cave in the Bavarian Alps near Berchtesgaden.

And on Sunday an international rescue team moved the cave researcher 350 metres in the first of four stages to bring him to the surface. Transporting Westhauser, who has a head injury, took “several hours”, Bavarian Mountain Rescue said.

On Monday morning Westhauser, who works for the Karlsruhe Institute of Technology, was moved up a steep cliff face to the second stage – known as the third bivouac.

It took more than nine hours to move the explorer from the fourth to the third bivouac. 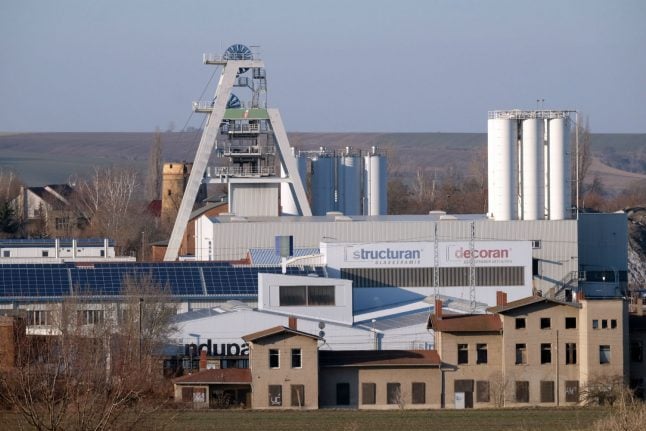