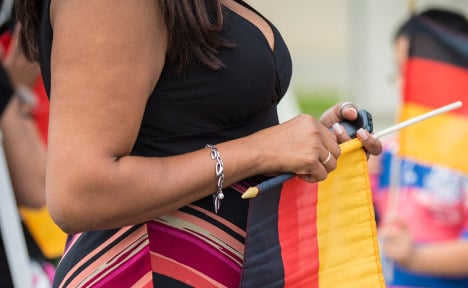 “A friend of mine was talking to me about Neukölln [a district of Berlin] the other day,” says my German friend Lena. “She says it’s full of expats. Is that true?”

I shrug nonchalantly. “Pretty much, yeah.”

“And it didn’t use to be?” Lena looks at me carefully, like she’s slightly worried. “It used to be full of… normal Ausländer [immigrants].”

“Yeah,” I say. “That’s true. When I moved into my flat five years ago, everyone was Turkish or Arabic or maybe some kind of former Yugoslavian and the only Germans were alcoholics or junkies.

“Now everyone’s American or Spanish and all the Germans are copywriters or classical musicians or occupational therapists. That’s what gentrification is. All the Ausländer turn into expats.”

Lena looks at me. The slightly worried look on her face is turning into completely perturbed.

“But Jacinta,” she says. “What exactly is the difference between an expat and an Ausländer? Actually, Jacinta. What is an expat in the first place? Do you know?”

This is, of course, the million dollar question. Officially the German word “Expatriate”, which comes, obviously enough, from the Latin (ex – out of and patria – fatherland) is used to refer to a qualified worker who goes abroad to work for an international company for a specified amount of time.

Now, while at first glance, this is somewhat different to the English usage of the word expatriate, which merely means a person who lives – either temporarily or permanently – in a country other than the one they grew up in, the truth of the matter is that English speakers also tend to use the word expat to refer to a 'better class' of immigrant.

Think of expats, and you think of Hemingway and Fitzgerald in Paris, Americans abroad, The Talented Mr Ripley – people with money, drinking cocktails and possibly committing murder on yachts.

There’s something luxurious about being an expat – decadent and luxurious, and a definite element of choice to it.

Immigrants, on the other hand, come over to our country to work in factories and/or claim benefits, whereas expats, well, don’t.

To make matters more complicated, recently Germans have started to use the word expat to talk about all English-speakers who live in Germany. But are there any other words which they could use instead?

The German word “Ausländer” has a decidedly negative ring to it. It means foreigner but has often been used, incorrectly, to mean anyone with non-German parents who lives in Germany.

And due to the way it’s been bandied about by neo-Nazi graffiti in slogans like “Ausländer raus!” most of us could be forgiven for finding this word to be kind of negative.

Maybe the word immigrant is a better choice? There are lots of different German words for immigrant – you can say “der Immigrant”, “der Zuwanderer”, “der Einwanderer” – and while these words are definitely slightly more neutral than the dreaded Ausländer, there’s a real sense of movement involved – of motion, even.

When you hear a word like Zuwanderer, you immediately think of someone who’s moved to Germany – possibly in the recent past. You can almost see the plane or the ship they arrived on.

I think that’s why a lot of people are starting to prefer the more politically correct term – citizens with “Migrationshintergrund” – a background of migration.

This term can be used for people of ethnic minority origin with or without German nationality, which makes it a useful term to have.

Now, on the one hand, “Migrationshintergrund” does sound a little mealy-mouthed – it sounds like a euphemism, and euphemisms are generally used for things which are, to put it bluntly, a bit rubbish.

If you want to be, you can be just as racist about citizens with “Migrationshintergrund” as you are about “Ausländer”.

We’ve all seen enough rent-a-racists on German panel discussion shows to be sure of that. Still, I think the term is a good attempt at describing people who aren’t ethnically German in a way that is respectful and not derogatory.

So, enough about the words – let’s look at the numbers. Just how many foreigners – or Ausländer –  actually live in Germany?

According to the Ausländerzentralregister, 7.6 million “Ausländer” were living in Germany in December 2013.

And according to the Mikrozensus carried out in 2012, of the 81 million people living in Germany, 16.3 million had a “Migrationshintergrund” – that’s around 20 percent of the country.

How many of those “Ausländer” are expats and how many are immigrants or “Einwanderer”?

The differences between an expat and an “Ausländer” are at best totally random and at worst slightly racist.

“It’s total crap,” I tell Lena. “When my grandparents went to England from India in the 1960s, they were considered immigrants. Not expats. Because, you know, lots of Indians were going over. But now I’ve come to Germany and I’m an expat.”

My friend Lena flashes me another worried look.

“No,” I say. “Indians who come to Germany are considered expats, aren’t they?  They certainly consider themselves to be expats. They have computer skills and stuff.”

“But there are loads of British and Irish kids who turn up with a rucksack and an address of someone with a sofa in Neukölln they can kip on for three weeks,” I say. “Having a job to go to might be the official dictionary definition but that isn’t it either.”

Lena scratches her head. “I just don’t get it,” she says.

“It’s really easy,” I say, drily. “Expats are Ausländer who people don’t hate that much. That’s all.”

Lena bites her lip thoughtfully. “Well, give us time, Jacinta,” she says. “Give us time.”

SEE ALSO: Are you an expat or an immigrant?