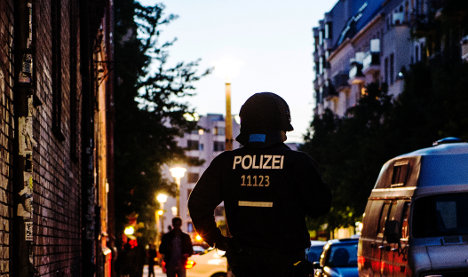 A policeman stands guard on Rigaer Straße in Berlin after the riots. Photo: DPA