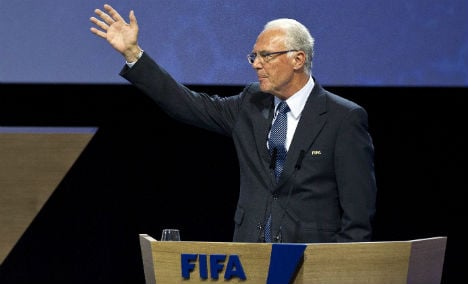 Franz Beckenbauer will not be making the trip to Brazil for the World Cup finals. Photo: DPA

The 68-year-old, who won the World Cup both as a player and as a coach in 1974 and 1990 respectively, told daily newspaper Bild he did not feel he would be made welcome after Fifa announced he had been suspended because he refused to speak to investigators looking into allegations that Qatar paid bribes to secure votes for its 2022 World Cup bid.

"I won't be going to Brazil," said Beckenbauer, whose sole title these days is honorary president of Bayern Munich.

"I am basing that decision on the fact I will not be welcomed by Fifa."

Beckenbauer, who was a member of the Fifa executive board in 2010 when the votes were cast to award Russia the 2018 finals and Qatar the 2022 edition, had originally planned to go to Brazil for the semi-finals.

Beckenbauer refused to cooperate with Michael Garcia, the former US federal prosecutor who headed an investigation in the votes for the Qatar vote and another that awarded the 2018 World Cup to Russia.

The ban was ordered by Fifa's Ethics Committee adjudicatory chamber because a breach of Fifa's code of Ethics "appears to have been committed and a decision on the main issue may not be taken early enough.

"The apparent breach relates to Mr Beckenbauer's failure to cooperate with an Ethics Committee investigation despite repeated requests for his assistance, including requests that he provide information during an in-person interview or in response to written questions provided in both English and German," said the statement.

A formal investigation of the Beckenbauer case has now been started by investigatory chamber member Vanessa Allard, added the Fifa statement.

The international spotlight has fallen on Garcia's investigation following allegations reported by the Sunday Times newspaper that a former Qatar football boss and Fifa vice-president, Mohamed bin Hammam paid more than five million dollars to get support for the emirate's bid.

The ban against Beckenbauer is largely symbolic as he is no longer on the Fifa executive and has no real role in German football.

However, because of his playing and coaching record and his role as head of the German committee which organised the 2006 World Cup he remains very influential in international football.

In an interview with Bild, Beckenbauer said he had nothing to hide, but complained that Garcia had refused to pose his questions in a language he understood.

"I have absolutely nothing to hide and I am clearly also of the opinion that there must be sanctions for those responsible when corruption is proved," he told Bild.

"I was ready to answer all pertinent questions, but they sent them to me in a legal English that I could not understand in such a complex case.

"So I politely asked that the interview be held in German and I was refused. So I said: 'Never mind,'" Beckenbauer added.

Beckenbauer said he had a right to keep his Fifa vote in 2010 secret.

But he added: "People with a memory will remember that I declared just after (the vote) that the choice of Qatar surprised me. And I was one of the first to say that a World Cup over there was impossible and that it would have to be played in winter."

According to British media reports, quoting thousands of emails linked to the case, Beckenbauer went to Qatar as a guest of bin Hammam before the 2010 vote and met the state's emir. They added that he returned after the vote. 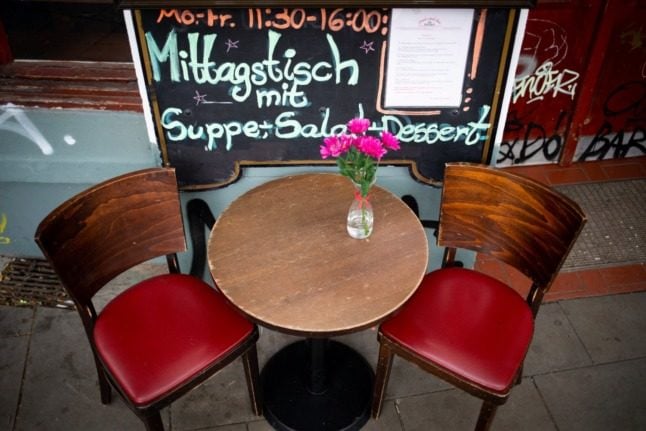 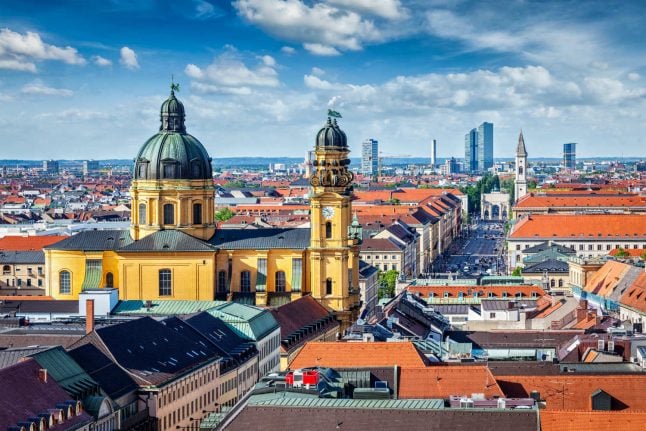