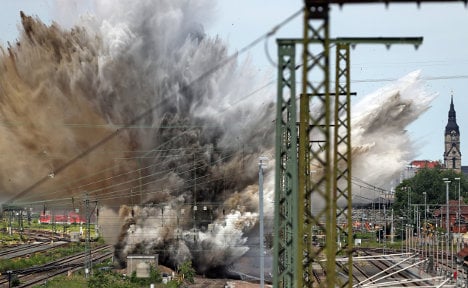 The explosion in Leipzig on Thursday morning. Photo: DPA

Bomb disposal experts from Dresden blew up the explosive shortly before 10.30am.

The 75-kilo bomb was found during building work on Wednesday and it could not be defused so was blown up instead.

Around 300 people had to leave their homes as police set up a 500 metre cordon around the site. Train services also had to be cancelled. “It was a bit chaotic,” a police spokesman said, but added everything went to plan.