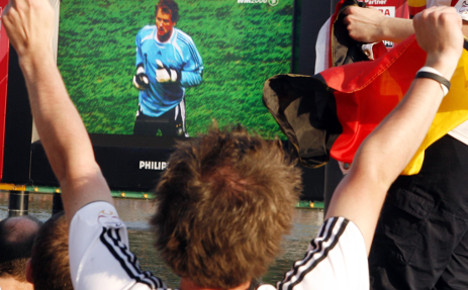 A survey by online holiday portal ab-in-den-urlaub also revealed that more than two million employees hope to come into work late after staying up to watch the games in South America.

The five-hour time difference means many of the matches will be played in the evenings and late at night, which will make watching some of the games difficult for many football fans.

The travel portal calculated an economic loss of €446 million just from missed working days from the 1.4 million football fans calling in sick. Employees surveyed said they would rather call in sick than use up holiday time during the World Cup.

Only the minority of those surveyed said they would take time off, but those who said they would plan to take an average of two days as sick leave during the tournament.

Being caught, however, can lead to serious consequences. Employers can deny workers pay for that day and even dismiss them.

The survey was carried out among 1,300 employees representative of the total working population of 31 million people.