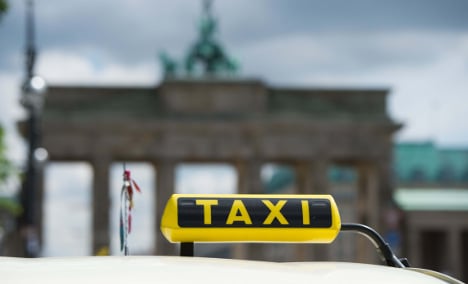 Prosecutors allege that between March 2012 and May 2013 he asked visitors to Berlin to pay extortionate fares on 22 occasions.

The driver picked up most of his victims at Berlin's Tegel airport, including a Mexican man who – unaware of German prices – paid €400 for a short journey of around 15km to Alt-Tempelhof.

Despite charging €400, the driver dropped the tourist off on the street rather than taking him to the door of his hotel. He gave him a receipt for €2.96.

The driver, named as Talip M., from Wedding denied the fraud at the Berlin-Tiergarten court on Thursday.

The 48-year-old has a criminal record stretching back to the 1990s and was most recently prosecuted for fraud and attempted grievous bodily harm in 2010, the BZ newspaper reported.

One woman was charged €110 for a 10km journey to the city centre from Tegel aiport and another woman paid €196 because she had a suitcase.

Another one of his victims included a British man who was dropped off nowhere near his hotel and charged €96 for what should have been a €16 journey.

He also tried to get more money out of tourists by claiming they had given him the incorrect amount of cash.

The driver allegedly told one woman the €50 note she had given him was in fact €5.

Talip told another couple travelling from the airport to Potsdamer Platz that the €50 note they paid him with was €20.

Roland Bahr from the Berlin Taxi Guild said such cases were "catastrophic" for Berlin’s image as a tourist  hub.