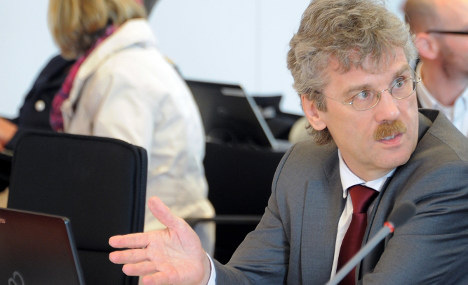 Großmann was initially suspended while an investigation was carried out into allegations he demanded a bribe from a prospective contractor, a Dutch company called Arcadis, for work on the airport which is at least €3 billion over budget.

State prosecutors have searched Großmann’s office and are going through past contracts the engineer awarded.

“I trusted this man,” Mehdorn said, adding that Großmann had already “half-confessed” to the allegations.

Berlin’s mayor Klaus Wowereit, who is also chairman of the airport’s supervisory board, described the case as a "one-off”.

But it is not the first corruption scandal at the airport. Last April three men, including the head of the Märkische sewage association, were charged with corruption after bribes were paid by firms wanting to secure airport contracts.

Großmann only took up his position permanently in April this year, following the departure in October 2013 of his predecessor Horst Amann.

It leaves Mehdorn searching for this third technical director in eight months.