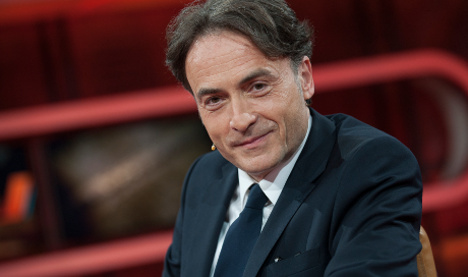 Giovanni di Lorenzo, 55, who edits the Hamburg-based news weekly Die Zeit, told a TV talk show on Sunday that as a dual German-Italian passport holder he had cast his ballot at the Italian consulate and then voted again at a local primary school.

Finance Minister Wolfgang Schäuble, who was also a guest on the show, immediately started shaking his head and said: "It can't be right that some people vote repeatedly for this European Parliament and others just once."
German authorities were quick to seize on di Lorenzo's on-air admission and said they had launched an investigation into suspected voter fraud, which carries a maximum punishment of a fine or up to five years jail.
The editor apologized, telling local media that "I wasn't aware that you're not allowed to vote in two countries in the European election. Had I known, I wouldn't have done it, and of course I wouldn't have spoken about it" on TV.
Embarrassingly for di Lorenzo, his newspaper had published an online article days before the election which spelled out the dual passport problem in great detail and made clear that each eligible EU voter may only cast one ballot.
"Are you really so stupid Mr di Lorenzo?" Germany's biggest-selling newspaper, Bild , asked on its front page on Tuesday morning.
SEE ALSO: Seven graphics showing how Germany voted