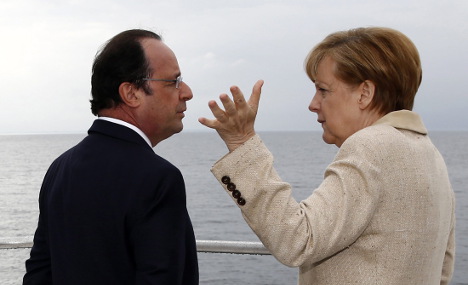 French president François Hollande has appealed in writing to Chancellor Angela Merkel to plough €50 billion into German infrastructure over the next three years, Der Spiegel news magazine wrote on Monday.

Hollande believes the move would spur growth in the wider eurozone and contribute to France's efforts to reduce its national deficit, the magazine said.

France is battling to reduce state spending by the same amount, €50 billion, by 2017.

The French demand was not greeted warmly in Berlin, government sources told the magazine.