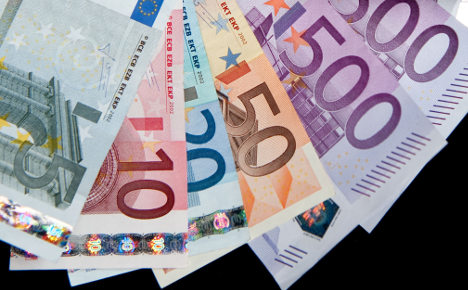 The man came across the cash in a bag on a street in Stuttgart on Monday at 12.15pm and headed straight to the police station with it.

He had left the bag with the money inside on the roof of his car and drove off without realizing he had lost the cash.

Police described the 66-year-old man as an "honest finder".

SEE ALSO: Toddler survives 18km ride on side of van