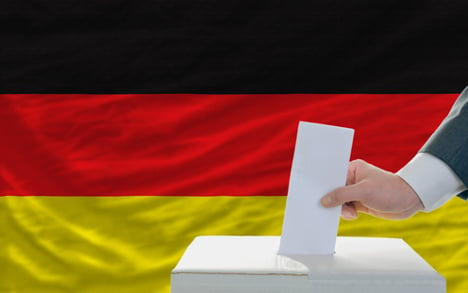 Unable to vote in a country whose laws and regulations affect them directly, foreign nationals do not have a political voice in their adopted country.

Currently EU citizens living in Germany are only allowed to vote in their town or city's municipal elections and the European Parliamentary Elections, while those from outside the EU are unable to vote at all.

But the Berlin organization, Wahlrecht Für Alle (voting rights for everyone), a coalition of private individuals and representatives from civil society organizations, is campaigning to change this.

“Citizens without a political voice are second-class citizens”, the Berlin organization argues. “This is the opposite of an endeavor towards total inclusion in a globalized world. Enfranchisement will strengthen our democracy.”

“We pay taxes and live here legally, but we cannot vote. This is not democratic in my opinion”, Bahar Sanli from the campaign told The Local at a press conference on Friday.

Jacinta Nandi, a writer who contributes to The Local, moved to Berlin from London 13 years ago. She has a nine-year old son who was born in Germany; she works and pays her taxes here, but as a British citizen is unable to vote in national elections and referendums.

“If we pay tax we should be able to take part in the elections, but this is not discussed by politicians”, she said. “The government does not let us vote. We live like Germans and the same rules apply to us, but we are disenfranchised.”

One example is the debate around Berlin’s Tempelhoferfeld. The city will hold a referendum on the future of the former airport turned public park on May 25th, the same day as the European elections.

Plans to build apartments, office buildings and a municipal library on the open space have been met with opposition. However, 487,000 Berliners – almost one in six people in the city – will be unable to take part in the vote because they do not have German citizenship.

The districts of Neukölln, Kreuzberg and Tempelhof which surround the former airport are home to 160,000 non-German Berliners, who cannot vote.

“Tempelhof is a local issue that effects people directly, we should be allowed to vote,” said Jacinta who is also a resident of Neukölln.

Sanli, who was born to Turkish parents and has spent her whole life in Germany, only became a German citizen in 2003 when she gave up her Turkish passport.

In order to vote, German citizenship is required and acquiring it is no easy feat. The applicant must have lived in Germany for at least seven years, speak German and demonstrate knowledge of their adopted country's legal system and German society as well as prove they have a regular income.

The situation in some other European countries is very different. In Finland and Denmark, foreigners only need wait two and three years respectively before they are able to vote in local and regional elections.

“We need urgent electoral reform,” said Eva Welskop-Deffaa from union Verdi at the press conference on Friday. “Women have had the right to vote for almost 100 years, in 50 years time I believe foreigners will be able to vote too, and it will be viewed as just as ridiculous then as not letting women vote does to us today.”

SEE ALSO: Who should you vote for in the EU elections?